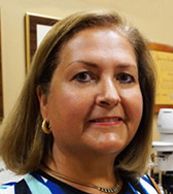 A Diplomate of the American Board of Optometry since 20011, she was in the first class of 450 nationwide of optometrists to be certified.

Consultant to a number of contact lens, pharmaceutical, and optical companies, she has lectured extensively on numerous topics related to eye health, contact lenses, and UV protection for the eyes. She has been interviewed on numerous occasions by newspapers, magazines, television, and radio both in the English and Spanish speaking media to speak on various eye health topics. 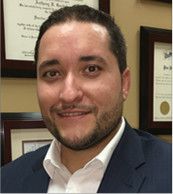 Dr. Anthony Gurdak is a New York native of Cuban and Polish descent. Dr. Gurdak attended St. Peter’s Prep in Jersey City and completed his graduate studies in biochemistry and management at Saint Peter’s University and the Chemical Institute of Sarriá in Barcelona, Spain. Dr. Gurdak received his Doctor of Optometry degree from Inter-American University in Puerto Rico. He is accredited and continues his professional education with the American Optometric Association,

American College of Nutrition and International Academy of Orthokeratology. Dr. Anthony Gurdak completed his doctoral internship at Omni Eye Services in New York City and New Jersey, working with their ophthalmological specialists in the areas of the retina, glaucoma, dry eye, cataract, oculoplastic-reconstructive, and neuro-ophthalmology.

As a member of the organization Volunteering Optometric Services to Humanity (VOSH), Dr. Anthony Gurdak participates in screenings and delivering eye care to needy areas in the Dominican Republic. He has received recognition from the Lions Club and local authorities of the Dominican Republic for his work.

Dr. Anthony Gurdak is a member of the Dante Alighieri Society of Jersey City, the West New York Lions Club and is actively engaged in community health screenings. He is fluent in Spanish and can communicate in Polish and Italian. When the weather permits, Dr. Gurdak enjoys skiing, cycling, surfing, and sailing.

​​​​​​Dr. Anthony Gurdak is very pleased in fulfilling his childhood aspiration to be an optometric physician, and he is proud to be serving the greater West New York community with his mother, Dr. Madeline Romeu. 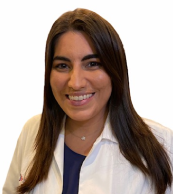 Upon graduation, she relocated to New Jersey to become a full time doctor on staff at Clara Mass Hospital and Children’s Eye Care Center of New Jersey. Under the guidance of Dr. Anthony R. Caputo and Dr. Rudolf Wagner she gained a decade of experience in pediatric eye care. In November of 2019, Dr. Meléndez joined Dr. Romeu Eye Associates as the specialist in primary pediatric eye care.

At Dr. Romeu Eye Associates , we provide the highest quality eye care to all our patients. Schedule your appointment today.